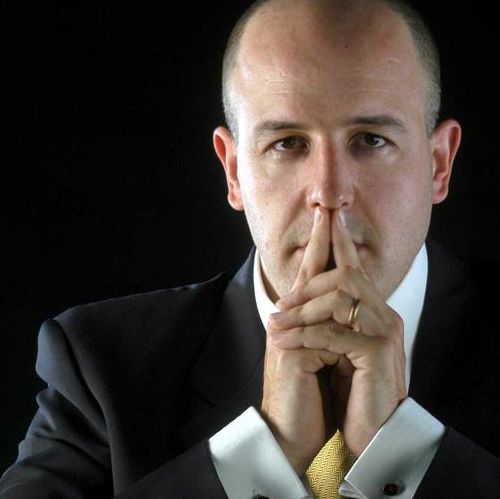 Luciano Montanaro began his musical studies at the Brescia Conservatoire where he obtained his diploma in Clarinet Performance. After several engagements working with chamber and symphonic music ensembles, he began studying voice with Professor Alfredo Pinardi. He participated in numerous concerts with the Philarmonic Orchestras of Nice, Cannes and Piedmont. Also, he appeared in several rôles on the lyric stage with such opera companies as Cagliari, Nice, Rome and Monte-Carlo in the following operas : Macbeth, Il trovatore, Tosca, Romeo and Juliet, Fidelio, Madama Butterfly, Salomé, Rigoletto and Aida.

He received acclaim in a production of Aida given in the Terme of Caracalla in Rome by the Rome Opera Company, conducted by Placido Domingo, and as Monterone in Rigoletto, again with the Rome Opera Company, conducted by Bruno Campanella. This last production went on tour in Japan. He was one of the protagonist of musical comedy “ Sans Famille” by Jean-Claude Petit in the premiere production at Nice Theatre de l’Opèra.  He sang Verdi’s Requiem in the Saint Remi Basilic in Reims and performed the role of the Grand Inquisitor in Verdi’s Don Carlo at the Liege Opera Royale de Wallonye.

At the Teatro Real of Madrid Luciano Montanaro has appeared in the role of Monterone in Verdi’s Rigoletto under the baton of Roberto Abbado. At the Opera Royale de Wallonie of Liège he has interpreted the roles of Abimelech in Saint-Saens’s Samson et Dalila with José Cura, Pistola in Verdi’s Falstaff with Ruggero Raimondi, Lorenzo in Bellini’s I Capuleti e i Montecchi with Patrizia Ciofi and the stage direction of Cristina Mazzavillani Muti, Monterone in Rigoletto with Mark Rucker.

Among his future engagements we can mention the roles of Il Commendatore in Mozart’s Don Giovanni with the prestigious St. Paul Chamber Orchestra under the baton of Roberto Abbado, Ferrando and Padre Guardiano in Verdi’s Trovatore and Forza del Destino.