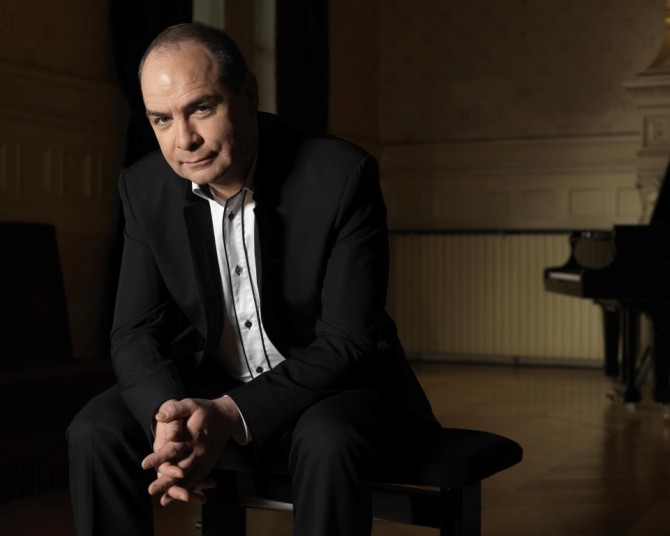 France Benelux and some countries

Philippe Cassard has established an international reputation as concerto soloist, recitalist and chamber musician since giving a joint recital with Christa Ludwig in Paris in 1985. The same year he was finalist at the Clara Haskil Competition and in 1988 he won the first prize at the AXA Dublin International Piano Competition.

Philippe Cassard has recorded for several companies including Deutsche Grammophon, Hyperion, Harmonia Mundi, and Accord-Universal. His recordings include Debussy’s complete piano works, Schubert’s Sonatas, Moments Musicaux and Klavierstücke, chamber music by Beethoven and Janacek, and songs by Fauré and Debussy. His recording of Schumann’s Humoresque and Fantasiestücke op.12 was Editor’s Choice in Gramophone Magazine and FM Magazine “Best Buy” (2005). His recording of Schubert’s Impromptus Op 90 and Op 142, and a short essay on Schubert both of which have been warmly received. In March 2010, Philippe Cassard released the Brahms Klavierstücke op.116 to op.119.

He was Artistic Director of the Festival “Nuits Romantiques du Lac du Bourget” (1999-2008), and since 2005, he has presented over 200 live programmes on France Musique Radio dedicated to piano interpretation (“Notes du traducteur“).